‘Chant for the Luminosity’ lights up Dawan Ancestral Residence

Twelve light installations are dotting the centuries-old Dawan Ancestral Residence for the “Chant for the Luminosity” show. Entry is free.

The Dawan Ancestral Residence in Pingshan District is one of the biggest Hakka compounds in China. It was built by the Zeng family in 1791, when Emperor Qianlong of the Qing Dynasty (1644-1911) was on the throne. Covering 25,000 square meters, the compound has more than 400 rooms and halls. The square residence includes six houses on the site’s front, interlinked by tall walls connected by corridors. Turrets were built at the four corners to ward off enemies. Diaolou buildings (fortified multi-storey watchtowers), wells, temples, wooden plaques and various cultural relics are preserved inside the compound. 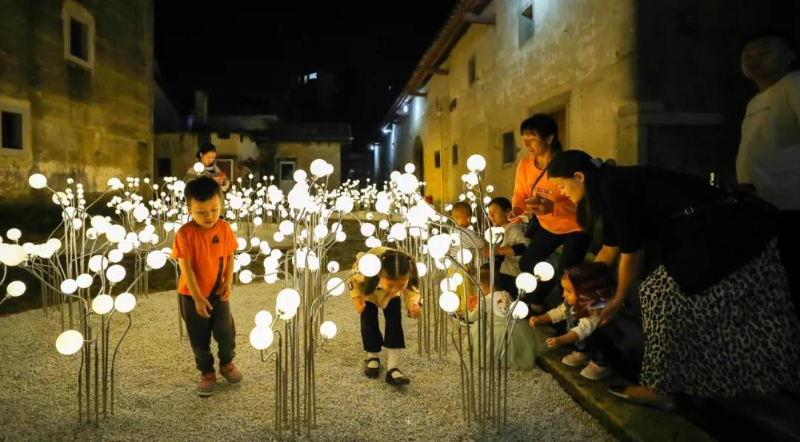 The residence was placed on Guangdong Province’s list of protected historical sites in 2002 for its value in researching the origins, customs, architecture and irrigation methods of the Hakka people.

Transport: Take the high-speed rail from Futian Station or Shenzhen North Station to Pingshan Station and then take a taxi